In the aftermath of the latest bombings in Brussels, attacks against Arabs and Muslims have again escalated in both Europe and the United States. Madrid’s biggest mosque was one of the first to suffer. Racial profiling in airports, train stations, and other public places continues to intensify.

Our hearts go out to the victims of the attacks. We share the grief of such profound loss and violence. As the European Union foreign policy chief Federica Mogherini put it shortly after the attacks, “It’s also a very sad day for Europe, as Europe and its capital are suffering the same pain that this region has known and knows every single day, being it in Syria, being it elsewhere.” As she added, “it is quite clear that the roots of the pain we are suffering around our region are very much the same.” We would go further, and locate the roots of the attacks and the immense violence saturating the Arab world in historic and current European and US foreign policies. Nor, for that matter, is the pain of everyday violence new to many communities in the US, Europe and elsewhere.
Additionally, we deplore the cynical use of their deaths to further accelerate attacks on and repression of Muslim and Arab people both domestically and abroad. One crucial aspect of this is how Israel, the United States, and Europe make false links between the attacks in Brussels and the resistance of Palestinians to occupation and colonization. The goal is to show how Israeli policies continue to be a model for the West, and how the Israeli “experience” in repressing the Palestinian population can be replicated as other countries repress their own populations who resist racism, displacement, land theft and exploitation.

Israeli officials were among the first to suggest how the attacks would make Israel more useful to the West. As Netanyahu put it, “Many countries around the world come to learn from our experience in fighting terror, and their number grows by the day.” He explained that “terror” arises from “The hope of ISIS [Islamic State group] terrorists to establish a Muslim caliphate all over Europe and the hope of Palestinian terrorists to establish a Palestinian state all over Israel.” In this way, he suggested a false link between ISIS and the Palestinian struggle. But there is simply no link between ISIS and the anti-colonial liberation struggle of the Palestinians, who have used a variety of tactics over the years in their fight for self-determination. 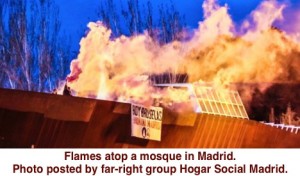 Meanwhile, unnoticed and unmentioned is the clear link between Europe, the US, and Israel: over a century of European colonization, US economic and military domination, and Zionist occupation and colonization, on the backs of mostly Arab and Muslim peoples and their lands.

Furthermore, Netanyahu’s words show how Zionists are some of the main producers of Islamophobia. It is not just Israeli state officials. The David Project, which is funded by the investments of Seth Klarman and Sheldon Adelson, as well as the inheritors of the Carnegie oil fortune are also invested in attacking Palestine activism in the US and spreading Islamophobia. They are literally invested in oil, weapons, and casinos. They profit heavily from US wars and destabilization of the Middle East, and continued domestic economic decay.
At the same time, Israeli corporations – which the US defense-industrial base created – are using these attacks to try to sell their expertise in domestic repression to Europe. That continent is increasingly locking down its borders, and creating increasingly hostile policies to the refugees from its wars in Africa, Iraq, Syria, and Afghanistan. 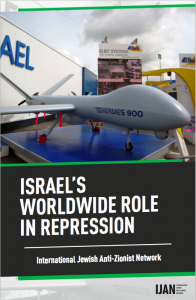 To take one example, the CEO of Israel Security Association is a former Israeli government official. He now provides “security services” for 105 corporate and government offices. He called for a “profile system” along Zionist lines to be implemented world-wide. Israel’s airport and Allenby Bridge profiling system is notorious for targeting Muslims, Arabs, and indeed darker-skinned Jews from Asia and Africa.

Other parts of the backlash network have also been involved. The head of the American Jewish Committee, funded by the Becker Foundation, among others, which is invested in the Israeli economy as well as US-based mining and aerospace firms, suggested that the attacks are linked to “threats to Europe’s commitment to the protection of human dignity, including rising anti-Semitism and the menace it poses not only to Jews, but to the very fabric of democracy itself.” He called for Europe to “confront and overcome the danger.” Part of that would involve increased “counter-terrorism” coordination amongst the EU, Israel, and the United States. Clearly, such coordination would involve lucrative contracts for the US and Israeli companies who try to market themselves as the world experts in what they call “counter-terrorism,” and other companies such as aerospace whose profits increase with more war. 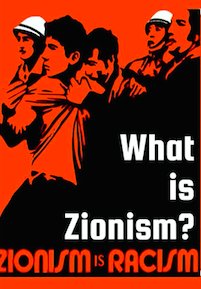 Of course, such “counter-terrorism” is actually suppression of the anti-colonial struggle of the Palestinian people, asymmetrical warfare against resistance groups like Hezbollah, and the militarization of entry into the country.

These agendas and policies position Israel at the forward edge of Western racism, and make it and its officials an ideal vehicle for justifying and strengthening the US-European-allied agenda in the region. The fight against Zionism is the fight against the colonization of Palestine. It is also a struggle against all the institutions and networks which subscribe to and spread Zionist ideology and Islamophobia in the US, Europe, and elsewhere – including the AJC, the David Project, and others. They also make clear that the fight against Zionism, including the BDS campaigns, is part of the fight against racism, as is the fight against Islamophobia, since Zionism and Islamophobia are funded and promoted by the exact same institutions and investors. Israel is a crucial component of global Western racism and colonialism, and so the struggle against it must be as well.